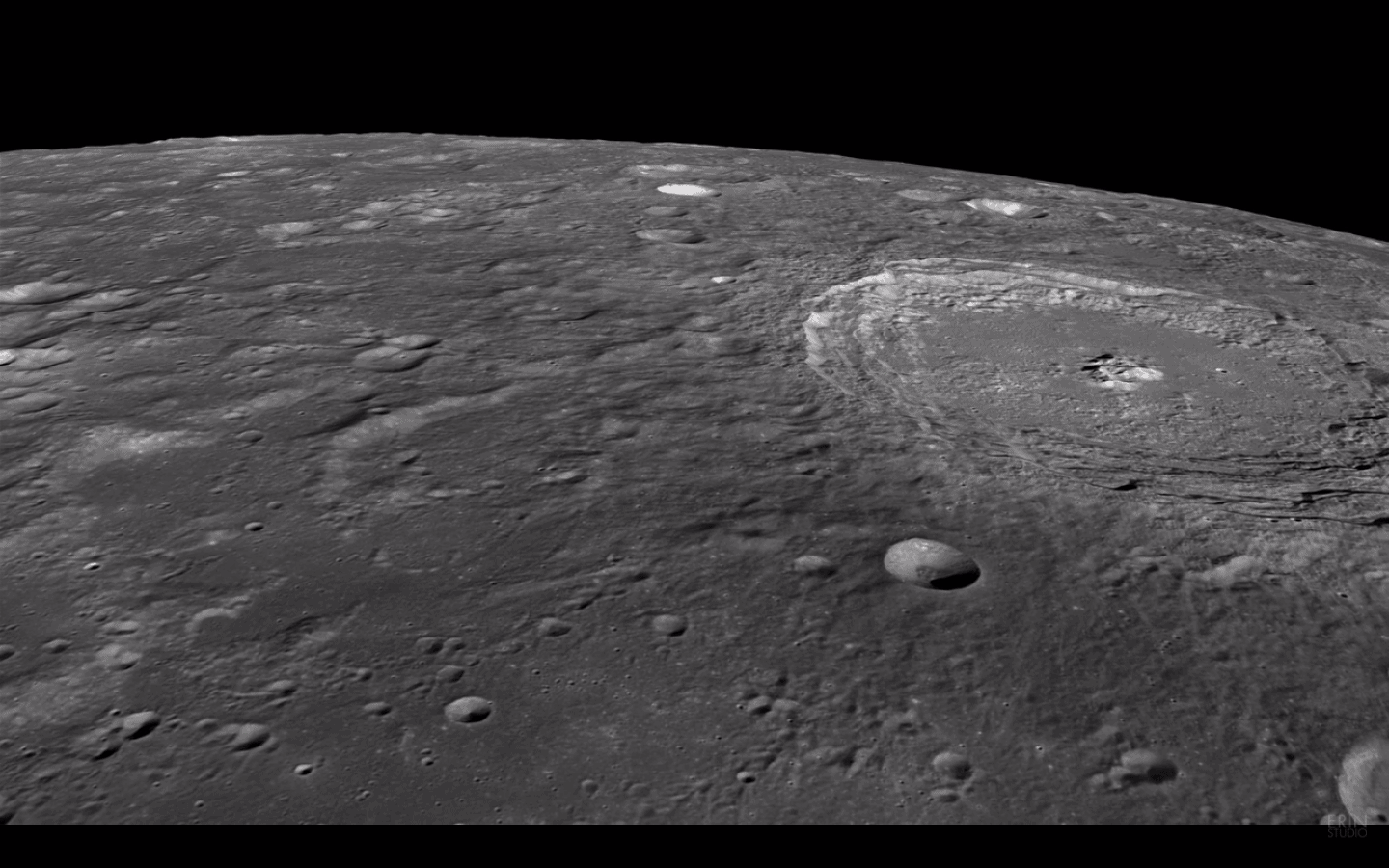 Thanks for joining us and giving 15 minutes of your time to hear about the term decentralised choreography. I’m speaking on behalf of a trio namley Ida-Elisabeth Larsen, Marie-Louise Stentebjerg  and me Jonathan Bonnici and I’m also speaking on behalf of our newly founded platform the Institute of Interconnected Realities an organistaion which aspires to be a decentralised choreographic work. But before we go there lets start with the term itself which found its way into our trio through the choreographer and artistic researcher Simo Kellekumpo and his collaborator Vincent Roumagnac. It was Simo who was giving feedback on the rehearsal of one of our pieces at Uniarts in Helsinki and used the term decentralised choreography to describe what he was seeing. We jumped on it because it gave voice to something we had for so long been trying to articulate, it offered us a trajectory to follow and a guiding principle to go back to when direction was needed. On its most basic level a decentralised choreographic view understands the world as multi-centred; composed of interacting agents and events that express themselves simultaneously and constantly, leading to multiple outcomes. The totality of this world then is an infinite, inchoreherent choreography. Decentralised choreography is a term that bears the traits of an ecosophical and posthumanist thinking and despite seeming very obvious and uncontroversial it ends up being a huge challenge to a lot of the traditions of stage works, institutional thinking and production processes. The thing that might seem most challenging in decentralised thinking is that individual agency becomes marginalised to the point of becoming seemingly obsolete. But in our understanding it’s not that no-one or no-thing has agency, no, quite the opposite, everything has agency, everything is acting, and all actors are having their effect. The fact that the moon is 1099 kilometers closer to where I am sitting today than when I wrote this yesterday is having an effect on our meeting, it may not be a hugely noticeable effect given how our sensitivities are attuned but the moon is part of this event. It is acting, acting on and through the voice that is delivering this text as well as on the subject who is listening to it. This infinite multitude of actors in a decentralised world may speak louder or softer at times, stimulating different hierarchies of attention in whoever witnesses them but no one actor can claim the ultimate agency, or put the crown on their head and say ‘I am in control of this’.

You can probably hear implied in this description of the term decentralised choreography that we come with a critique of artistic proposals that are based on the normative metaphysical position. By that we refer to art works that manifest themselves in a pre-set, often human centred narrative which is centrally placed, chronologically determined and whose criteria of success is that it is perfectly reproduced in each performance. As a viewer the experience is of having one’s attention forcibly directed throughout the piece to where the artist has decided the action is happening. It’s a closed world that is offered and a narrowed imagination is the result . Micahel Haneke described it as: The barrel down the throat approach of art making. Maybe describing the experience in so violent terms seems excessive but maybe it’s not, shouldn’t we take our stage work seriously by acknowledging that aesthetics influences politics and politics in turn influences aesthetics. It may be all good that your theme is progressive, enlightened etc but you are in real danger of hypocrisy if you deliver your theme with aesthetic tools that work on the same logic that reproduces the very thing you are intent on dismantling.

Ok rant over. Ranting was what we did a lot of before we were introduced to this term but in receiving it we were given a liberating and inspiring understanding of how the world is unfolding from the micro to the macro, and realised that if one has the courage to follow through on this understanding certain possibilities open up which we want to draw your attention to: Firstly on the level of the art making process.

The major thing that is challenged in decentralised thinking is the traditional notion of the artist being the source of the art. If following a decentralised model we see the choreographer’s subjectivity as just one centre in a network of other centres the totality of which is the art work then the choreographer’s traditional role as creative progenitor is no longer valid. The role of the choreographer in a decentralised understanding is to acknowledge the reality that there are a myriad of expressive elements and as such no-one of them can claim the totality of what unfolds as their own. The choreographic practice instead becomes about opening a space through which the multiplicity of events becomes visible. The idiosyncrasy of the choreographer doesn’t disappear in this process. They are still central, they’re just not the only central. There are artists one can think of that decentralise themselves in their practice and have historically been so confounding to the art world and its obsession with the artist claiming their own genius that they had to be classified as ‘outsiders’. I’m thinking of Emma Kunz, Leonora Carrington, Hilma af Klint. Interesting that all the examples that come to mind are women. Hmmmm

Another interesting upshot of this new version of the choreographer is that if they are not the only centre of the artwork then they cease to be the centre of decision making in the traditional sense, where the whim of their taste is what all the other elements of the artistic process need to serve. If we take the example of a stage work, then all of the separate elements: light costume, sound would be linked in a decentralised process by a shared practice and this would liberate them to define principles for themselves that would guide the production of their input. In this way, a decentralized process dedicates itself to the integration of multiple voices be that the voice of the light, the sound, the performing body all of whom are expressing themselves simultaneously. And the result is the emergence of a real interdisciplinary language between the artists who are engaged in the act of choreography via their own medium. What happens when the multiple layers are integrated is that you get, what Manuel De Landa describes, as a ‘space of spaces’. Multiple events, happening simultaneously and affecting each other in myriad ways. The audience is free to surf between those spaces becoming yet another active agent in the event. Where is the choreography? All over the place. Between the curtains and a performer’s arm, between the baseline in the soundscore and a childhood memory that happens to surface. Choreographies are being constructed and dissolved constantly as different things align, as relationships appear between different temporalities, in the play between the realness of a body and the virtuality of an imagination. Whatsmore everything in the field of view is a dancer.

So there you have it: the possibility of a space that isn’t dominated by one vision, one interpretation, but one in which the utopia of our diverse imaganeries can flourish.

If this sounds very hippy dippy then maybe it is. We’ve been purposefully provocative in the utopian vision sketching so in an act of moderation we should be clear that we are not proposing that the artist’s job is to go with the flow, becoming a boat on the river of cosmic impulse or rather its not entirely this…. The artist defines the field of awareness- they decide for example that they’re only going to focus on the moon’s effect on the tides of their body and maybe they also establish the parameter that the expression of that moon’s effect can only happen through their voice and that the voice needs to be composed in the logics of the west coast rap genre. The choreographer’s job becomes choosing which field of movement to frame, not the organisation of the movement that appears within that field nor the attempt to control how the audience might interpret it.

In our experience working in this way produces certain aesthetics, an opaqueness is maybe the best way to describe it. A field appears in which objects have definition but the relationships between those objects don’t, so things are constantly coming in and out of focus. It could almost be confused as abstraction were it not for the hard edges.

There are questions too, questions that signal certain areas of risk: How do we watch artworks that don’t steer the viewer’s perception in traditional ways but rather open up radical spaces of potential? Can we call these spaces artistic objects or do they need other names? Who is responsible for what may be seen and interpreted in such open spaces?  In short a whole new audience discourse is required to relate to such works.

Being a metaphysical understanding and not a specific method decentralised choreographic thinking can be applied to the miniscule operations of personal daily life as well as the biggest social structures we have: government for example or the human species relation to other life forms or maybe more relevant to this zoom meeting the structure of institutions.

When decentralised thinking is applied to the workings of an institution, specifically an arts institution in our case, then the role of it is to act as a framing device within which interactions can happen and things can appear. This is in contrast to the normal habit of the arts institution which acts as a curatorial platform based on the vision of the artistic director, a vision which ultimately comes down to their taste – this modus operandi goes for funding bodies as well as arts institutions btw. By way of example of a decentralised vision in action we want to introduce our newly founded platform the Institute of Interconnected Realities. In brief the logic of its founding was this: making interdisciplinary productions in the way we described before creates recognisable stage works that are on the scale and complexity that we usually imagine when we think about ‘full scale’ performances. What we also noticed is that in the making of these works the multiple layers of the piece would also produce strands which though not relevant to the direction the ‘main piece’ ended up taking might nevertheless be elevated, given a little extra resources and attention, into pieces in their own right. The sound design for example might become a stepping stone for the development of a concert series that is built on the conceptual elaboration of the original design, or a text fragment that was composed early in the process and discarded soon after might be developed into a full length play. The structural benefits of developing these strands is that they act as missionaries to the concept of choreography by engaging audiences in other genres than just dance. Where these artistic strands appear in a process can not be predicted and so the job of the institute is to make itself available to what has an immanent force about it and then support it into materialisation. The artistic output of one season is a result of what appeared as tangents in the work of the previous season, and so everything produced is in a chain of relationship with all the other works. It requires on behalf of our funders, partner institutions and ourselves a faith that a finely tuned and well substantiated process is enough. The prediction about what that process may yield is not something in truth we are able to make but we can promise that something will happen because something is happening: We’re 75km further away from the moon than when I started talking.